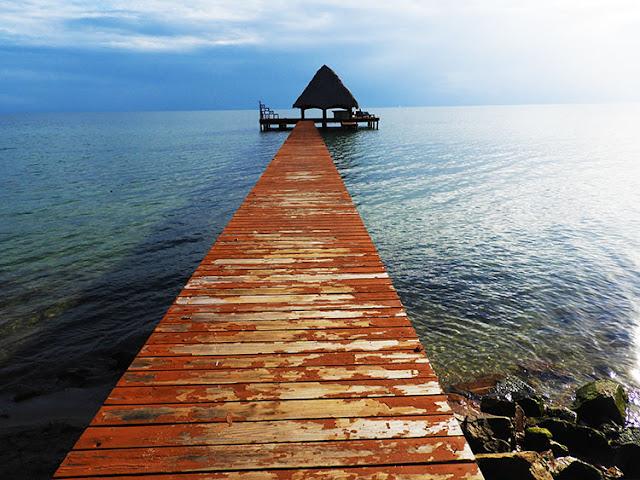 Did you notice that something salty and soft was missing from my Belize posts over the past year?  French fries? Anchovies?
Water!
But not just any old lake or stream...the caribbean. We love Placencia. It has culture and heart. Soul. Still, you're just a sailboat away from snorkeling at sea. There's Tutti Frutti gelato and late night cinnamon rolls. (see below) There's One Barrel and Cuello rum. We've created so many cocktails over the years, like a tintum: skunky red wine and rum became an infamous, sangria-like martini. There's the T. L. C.  I don't know what the "L" stands for, (love perhaps?) but the "T" is for tequila and the "C" is for cactus paddle -  as in Sanpellegrino orange and cactus paddle drink. Now, after a night at Barefoot Bar on Placencia beach, we have rum and coconut water. Yum! We didn't create this delight, but it has started a new craze. In Costa Rica, we brought a pitcher from our digs, dumping 3-4, farmer's market coconuts for later use. So refreshing. Even without rum. This week, follow our traveling spirits... 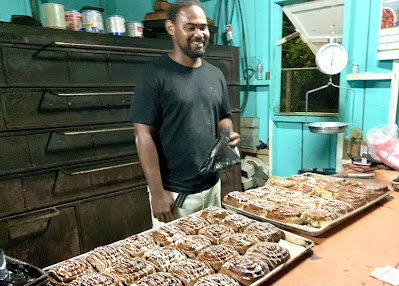 After Barefoot Bar, we followed a complete stranger to the cinnamon roll dude - just because the perfect stranger stopped us with a query: "Hey, do you like cinnamon rolls?" 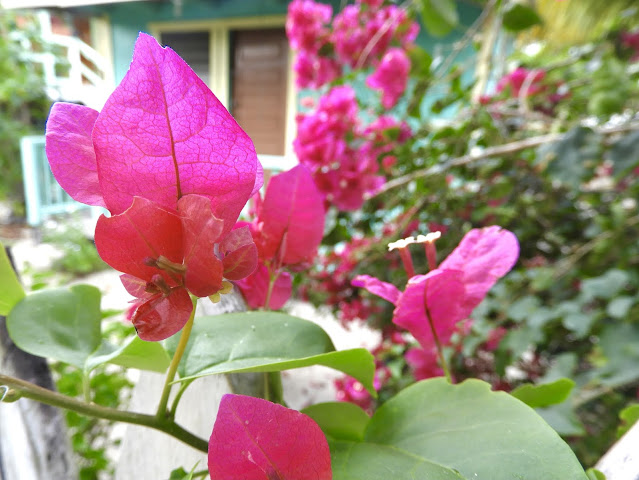 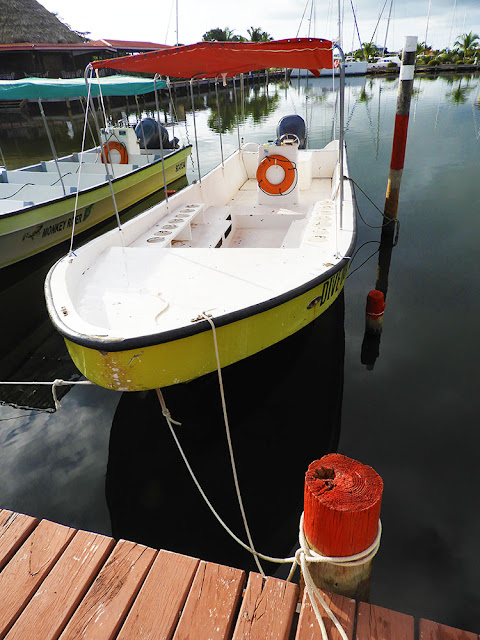 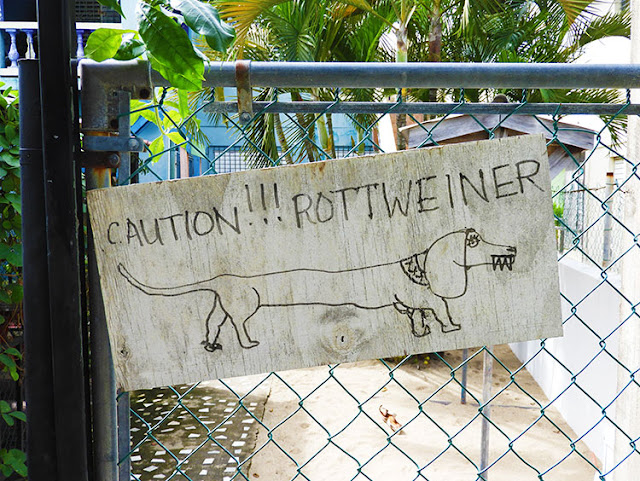 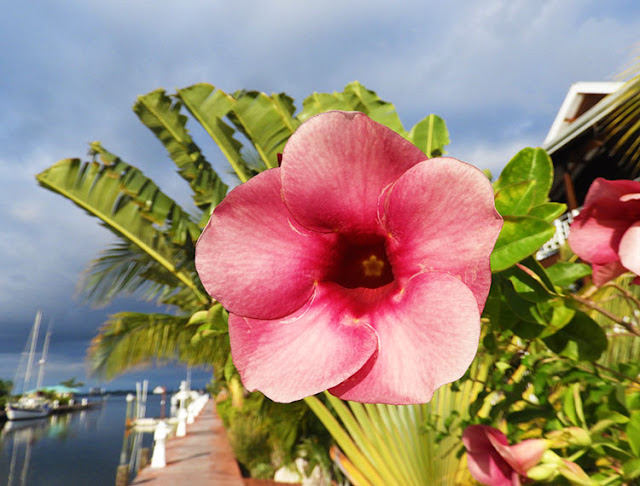 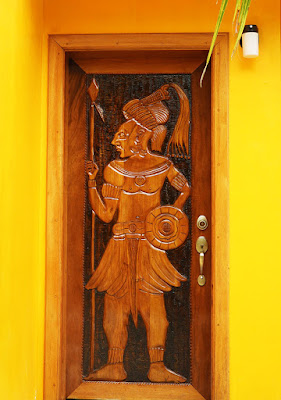 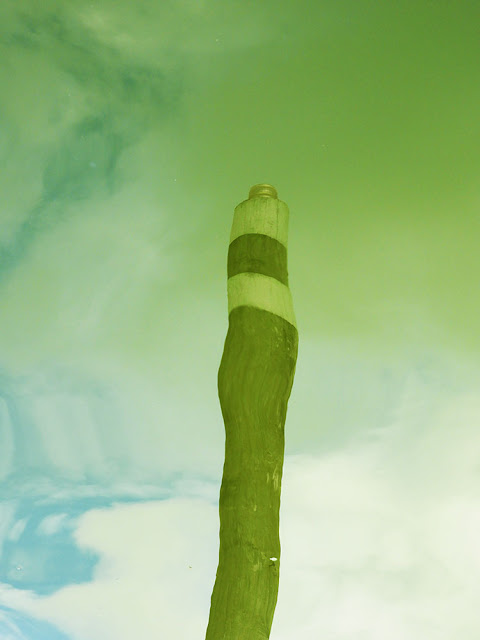 I love this photo. It looks like a painitng, but it's simply a reflection. 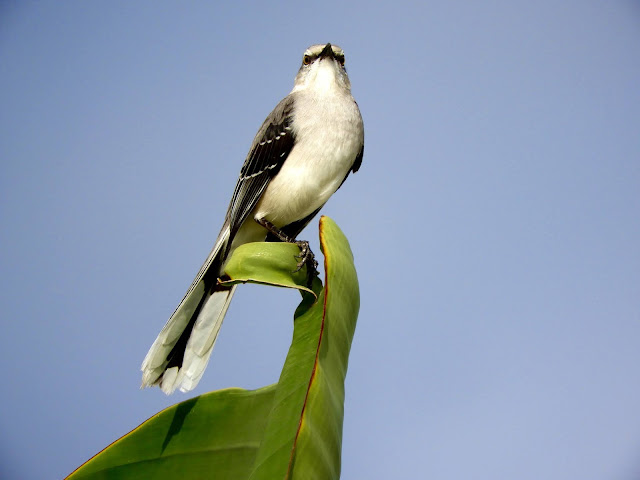 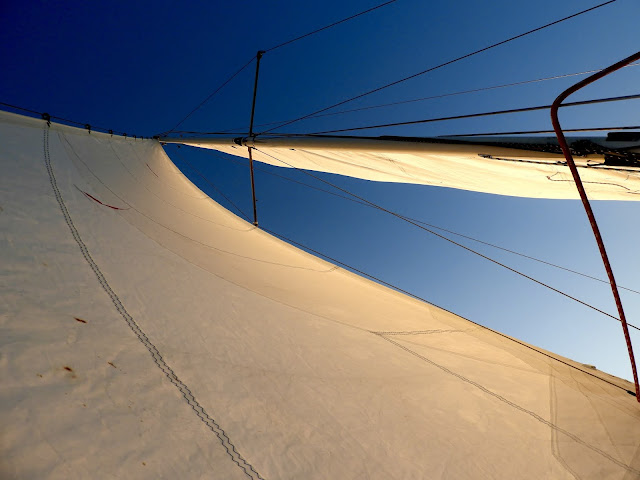 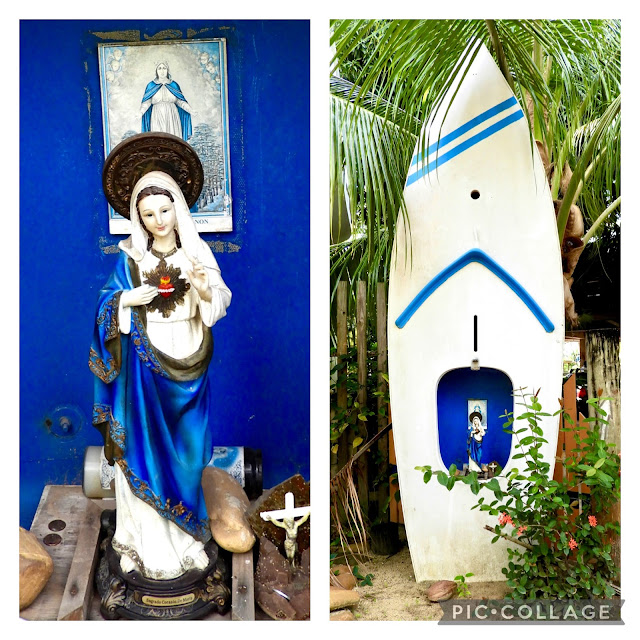 Click here to enter
Posted by Sharon Wagner at 9:53 AM

Such fun memories and photos of Belize, Sharon. Those cinnamon rolls...mmmmmmm! I'd love one now!

I love ALL your photos, not just the reflection. Your eye never fails to see the beauty all around you, and then sharing it with your fans. :-)

Thank you for sharing beautiful photos and interesting story

You have such an eye. Wonderful photos, I loved crookedly reflection especially!!

A Bit of the Blarney said...

Wonderful photos! The photo of the hibiscus is just gorgeous! Thank you! Your post is a bright part of this snowy day here!

Beautiful photos. I especially love the first one.

I like the way you drink.. Oops, I mean think. And eat. And see. And photograph it all.

Happy mosaic Monday. Lovely pics
I am #20 on the linky today

Sharon - I am not quite ready for winter to be over, but when it is, I sure would like to go to the beach! Thanks for sharing these warm, sunny photos with everyone at Mosaic Monday!

It sounds a lifetime away.

What a delightful collection of photos. I really love the reflection, the surfboard shrine and the Beware of Rottweiner sign. Have a good week!

Love the picture of the pier. I spent a week in Placencia 10 years ago for my friend's 50th birthday celebration. My friend rented a great big house for us to all stay in and we had a big time drinking, eating, dancing, snorkeling, kayaking. Never saw the cinnamon roll guy, though. A beautiful place.

I wouldn't have followed them to cinnamon roll man too. LOL

as usual Sharon I had a great time with you on the water - wonderful post!

Those cinnamon rolls look amazing! Whoever you followed it was well worth it.

The dog is hilarious. I would love a cinnamon role.

I loved being transported to Belize. I'll definitely post travel photos on my blog next Monday - I'd love to participate in this blog hop.

So many delicious treat, the rum and coconut water, cinnamon rolls sound yummy. I like the surfboard shrine and the little rottweiner. Great series, sounds like a fun time. Thank you for linking up and sharing your post. I am sorry I am late commenting. Have a great day and a happy days ahead.

The first photo just totally pulled me in. Impossible not to wander out the boardwalk over the water, and perhaps relax in the shade at the end!

Greetings and Salutations from Illinois! Agreed the first photograph spoke to me. Be safe on your travels.

You have a good eye for an image
The reflection is cool, how many people would have passed it without even seeing it

These are wonderful mementos! We are attracted by similar things for photos. The post reflection is awesome :)

It's great to see your link at 'My Corner of the World' this week!

Lovely set of photos and so cheering as we sit here in France in what eels like permanent lockdown. Keep well Diane 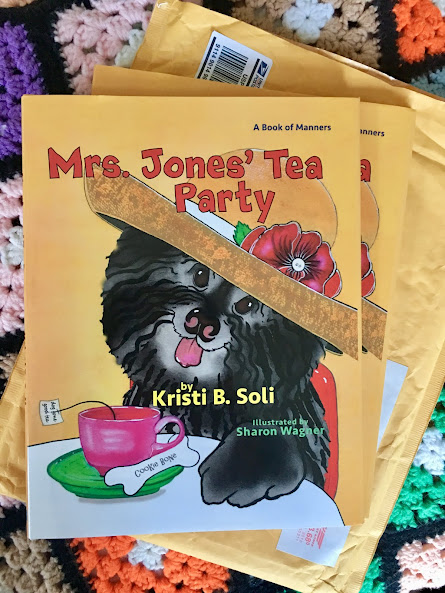